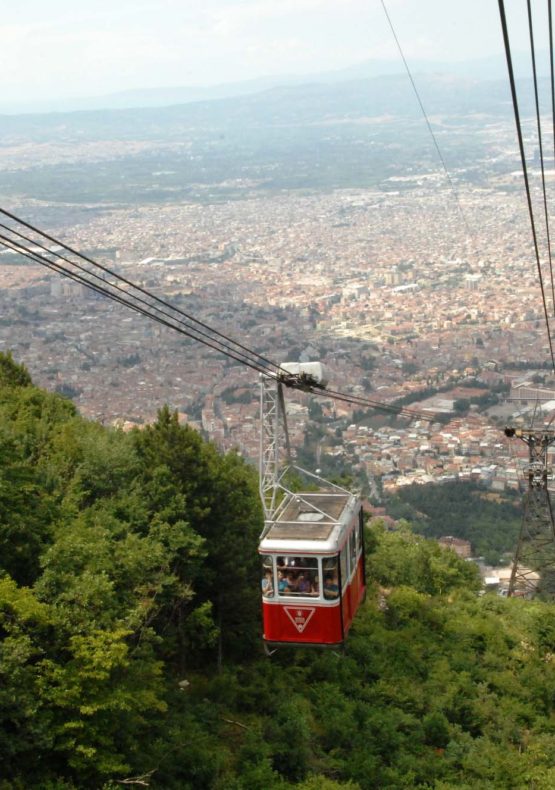 Known as “Green Bursa“, this province with its 2,6 million people (2012) stands on the lower slopes of Uludag (Mount Olympos of Mysia, 2543 m) in the Marmara region of Anatolia. The title “Green” of Bursa comes from its gardens and parks, and of course from its being in the middle of an important fruit growing region. In Bursa there are things you should not miss. First of all you are in the homeland of the delicious “Iskender Kebap”, one of the best dishes of world – famous Turkish Cuisine. The candied chestnuts (Kestane Sekeri) are a specialty of desserts and have an unforgettable taste. The peaches of Bursa are unique. As for something to purchase; Bursa is a center of the silk trade (since first silk cocoons were brought here with the caravans of the Silk Road) and towel manufacturing. It is also the homeland of the very famous Turkish folklore figures, Karagöz and Hacivat shadow puppets.

Because of its being the first Ottoman capital, Bursa is very rich in religious monuments, mosques, and tombs (Turbe), baths. One of the places to be seen in Bursa is the Yesil Cami (Green Mosque), with its carved marble doorway which is one of the best in Anatolia. It is an elaborate and significant building in the new Turkish style. Just opposite, is the Yesil Türbe (Green Tomb), set in a green garden with an enchanting exterior decorated with turquoise tiles. Near the tomb, the Medresecomplex (old theological school) now houses the Ethnographical Museum which certainly deserves visiting. The Yildirim Beyazit Mosque is important as it is the first one built in the new Ottoman style and is accompanied by the Emir Sultan Mosque which lies in a peaceful setting. The province is decorated with these monuments, each of which is a masterpiece. Here are the Ulu Cami (Grand Mosque) built in the Seljuk style, with impressive calligraphic wall decorations. The Orhan Gazi Mosque; the “Hisar”, an attractive part of the province; the Mausoleums of Osman, the founder of the Ottoman Empire, and his son Orhan Gazi are other important sites to visit. The Muradiye Complex has a delightful view with its mosque and tombs of important characters from the Ottoman era, and their tiles and charming decorations appeal to the sightseers. The Ottoman Museum offers a lively exhibit of the traditional life style of Ottomans.
Something you will enjoy in Bursa are the warm, mineral-rich springs; indeed most of the hotels in this province have thermal bath facilities. The Turkish baths (hamam) are great places which should be visited in Bursa. The Eski Kaplica (Old Spring) of Çekirge district is the oldest in the province. The Karamustafa Pasa Baths are famous, and boast the best hot, mineral waters.

As for souvenirs, you should visit the Covered Bazaar, “Bedesten”, or the Koza Han, an attractive Ottoman building with its architectural style and also a center of silk trade. It is certain that Bursa will take some of time for you to see and add some more delightful experiences to your memories.

Uludag is the largest and most celebrated winter-sports and skiing center in Turkey. It is 36 kilometers from Bursa and easily accessible by car or cable-car (Teleferik in Turkish). The area is also a national park and is worth a visit at any time of the year. The accommodation is high quality offering the opportunity to enjoy the mountain, with a variety of entertainment and sports activities. On the way up don’t miss the 600-year old plain tree.

Mudanya is a seaside resort town with fine fish restaurants and night-clubs, so you can have a pleasant vacation there. The old train station and the old ferryboat now serve as charming hotels.
Zeytinbagi (Trilye) is a town of typical Turkish architecture and lay-out. There are sea bus and ferry connections with Istanbul.
Gemlik (27 km north), is another seaside resort with a wide, sandy beach. One of the best olive oils of Turkey comes from this town.

Iznik (Nicaea) lies 85 km northeast of Bursa, at the eastern tip of Lake Iznik. The town had a great importance for Christians because of the Ecumenic Councils, and witnessed many civilizations which have left their marks all over the land. This town is famous for its unique tiles and has been the center of tile production in the 16th century. Iznik tiles were the basic decorative element of Seljuk and Ottoman architecture. The turquoise-tiled Yesil Mosque and Nilüfer Hatun Imareti are among the Islamic works in the town.

Iznik, a city with a cultural heritage of 2400 years, is preparing for a huge celebration. Plans are being made in Iznik within the framework of “Faith Tourism”, to celebrate the 2000th anniversary of the birth of Jesus Christ. Iznik has been described by the Christian world as the third “holy city” after Jerusalem and the Vatican.
Iznik, which is 85 km. from Bursa, having fertile land and vast historical assets together with a beautiful lake, is known worldwide for its tiles. It was an important city of the Roman, Byzantine, Seljuk and Ottomanempires.

The 1st and 7th Ecumenical Councils were held in Iznik in 325 and 787 A.D., respectively. To evaluate the potential of the city, the Turkish Culture and Tourism Ministries decided to include Iznik in their projects. The aims of “Faith Tourism” are to vary tourism, to impart the image of a “secular Turkey” to the world, and to stress the “tolerance” in Islam towards other religions.

As a result of controversies which arose because of doctrinal differences in the Christianty in 320 A.D. the Byzantine Emperor Constantine convened the first Ecumenical Council in Iznik in 325. At the Council, attended by 300 bishops, a solution was sought to resolve the controversy over the divinity of Christ. Later Empress Irene convened the 7th Council in Iznik in 787 A.D.

At the end of the 19th Council held in the Vatican in 1962, Iznik was declared a “holy city” for Christians.
There are several sites to see in Iznik today, like the St.Sophia church, city walls and the Archaeological Museum. 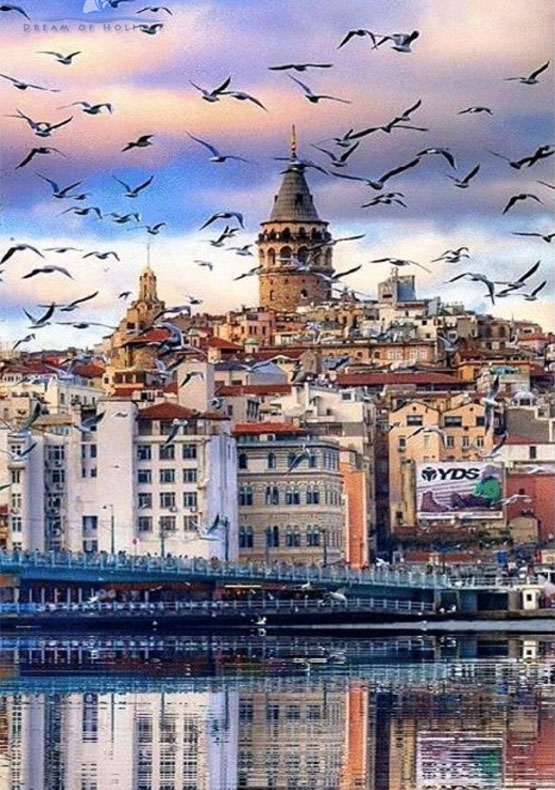 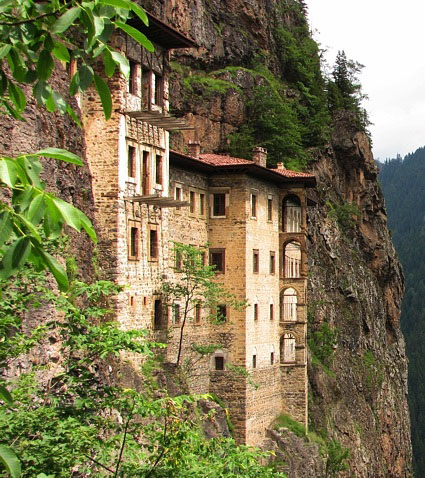 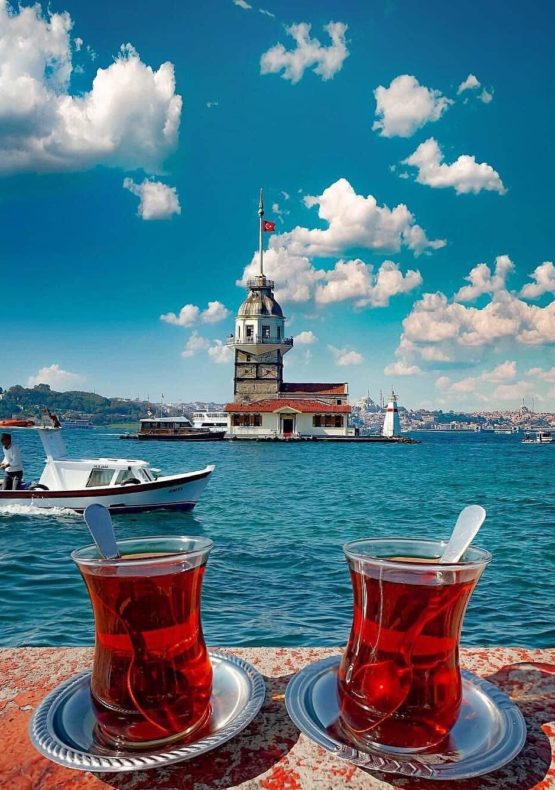 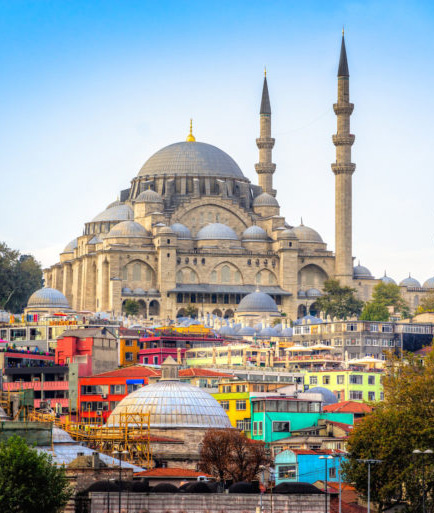